On Not Taming the Wild Tongue: Challenges and Approaches to Institutional Translation in a University Serving a Historically Minoritized Population

Abstract: A consequence of the development of modern states has been the concept of “minority” as used to refer to subsets of the population that are differentiated from that portion of the population which is seen as the “majority.” These minorities are at times distinguished from each other using terms such as indigenous peoples, national minorities, immigrant minorities, etc. Some scholars have challenged the arbitrariness of the distinctions drawn by these constructs. An example of how such constructs are not always accurate can be found in Texas’ Rio Grande Valley, where ethnic and linguistic, immigrant and national, minority and majority are not always clear cut.

“The Valley,” as the region is locally known, is a confluence of the Jim Crow South and “Greater Mexico.” Communities were largely formed as racially segregated towns, separating Mexicans and Anglos. This minoritized a majority of the population and blurred the lines between non-immigrants and immigrants. It led to cultural and linguistic tensions that have been manifest through an elongated struggle for social, economic, and political power. In this context, a local university administered a “speech test” to Mexican American students who enrolled between the 1950s and the 1970s. The purpose, according to Anzaldúa (1986), was to tame their “wild tongue.”

This same university, now transformed, proposes to rehabilitate itself, as it becomes bilingual, bicultural, and biliterate. The Guiding Principles established for the new, transformed university (UTRGV) encouraged the institution “to produce state, national and world leaders who are bi-cultural, bi-lingual, and bi-literate” and to function as “Gateway to the Americas.” Accordingly, the university now undertakes a systematic effort to bilingualize its operations, starting with the localization into Spanish of its website and the translation of other materials conducted by UTRGV’s Translation and Interpreting Office. A number of terminological strategies and translation challenges stemming from the variegated lectal and diglossic landscapes of the region have arisen, which can be illuminated by the Post-Colonial paradigm found in Translation Studies. 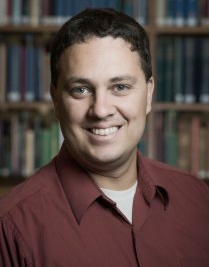 Dr. González is an Assistant Professor at UTRGV, where he teaches courses in translation and interpretation. He is also the Undergraduate Translation and Interpreting Program Coordinator at UTRGV and the Executive Consultant of UTRGV’s Translation Office in the areas of legal and institutional translation and interpreting. Besides teaching in college, in the past he worked as a lawyer, translator, interpreter, language teacher, and sports broadcaster. He is originally from Montevideo, Uruguay.​ (Photo: Leuven, Belgium 07 February 2014 Photo credit: Ezequiel Scagnetti) 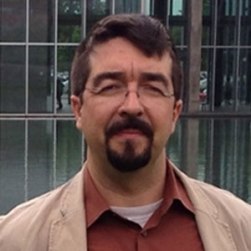 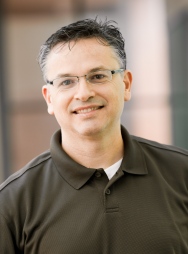 Dr. Guajardo is a Professor in the Department of Organization and School Leadership at UTRGV. He is also the Executive Director of UTRGV’s B3 Institute. Additionally, he sits on national boards such as the Institute for Educational Leadership, the Center for Rural Strategies, and the Rural School and Community Trust. He was born in Northern Mexico and raised in Southern Texas, which makes him a native son of the Texas-Mexico Borderland.